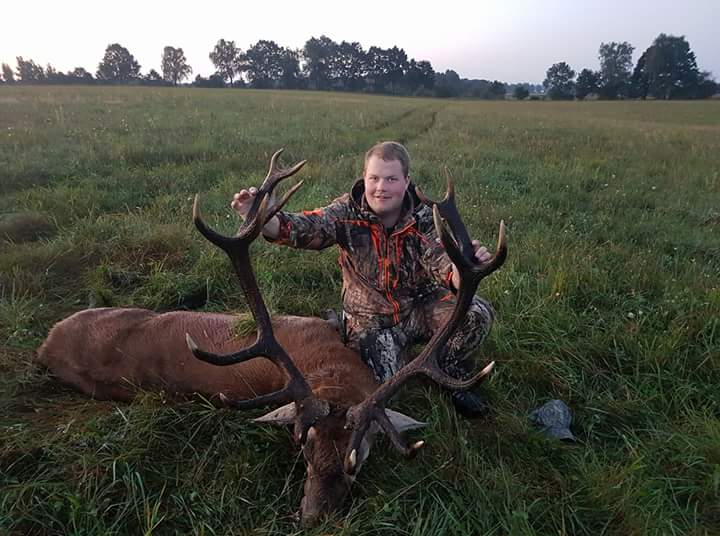 September hunts for red deer stag were as the whole entire season rich on many surprising and not expected situations.
Nearly the whole September month was cool, which could have had a significant positive impact on the quality of hunting and collected hunting experiences. Unfortunately, year 2017 was a “very quiet season”. There was a lot of music in the forest early in the morning, but in the evening stags only “groped” and came very late out on open areas, where it was too late to estimate properly their age and  size of trophies.
We ended the season on September 30th. Just like during the season for the roe buck – 2017 was a year, where our record company was beaten. One of our customers shot a stag with a weight of 12.30 kg and scored 222 points that gave him a gold medal! An average weight of all trophies was 6.5 kg. The shooting plan has been fulfilled 120% – counting the number of stags shot per hunter.
We have to notice that the hunting law and hunting calendar has changed in 2017. From the 1st of September we are allowed to shoot no trophy games (red deer hinds, calves) as well as fallow deer. Will this change have a positive impact on our hunting situation? We will see it next year!
We would like to congratulate all the hunters who got trophies with home!
Attached some pictures – also straight from the hunting area!
See you Next year!
Darz Bór